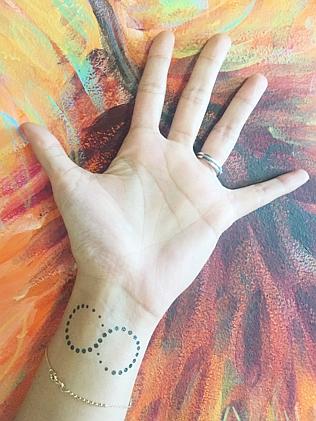 Indigenous model Samantha Harris, a descendant from the Dunguddy tribe near Kempsey, has thrown her support behind One Disease during her time on this season of Seven’s Dancing with the Stars.

As she appeared on the show on the season premiere on Sunday 19 July, she was sporting a meaningful accessory, a temporary tattoo supporting the #inkforgood campaign.

One Disease aims to stamp out scabies in remote Indigenous communities and Samantha hopes that her time spent on the show will influence others to show support.

“All parents want their children to be happy and healthy. There’s no reason these kids shouldn’t have the same opportunity as kids in the city,” she said.

#inkforgood believes that the only thing that should get under the skin of any Australian is a tattoo, not a preventable disease such as scabies.